During the Great Patriotic War 42509 volunteers were off at the front from Atyrau region (Guryev), 11302 of them were from Atyrau city. An expositional room the Great Patriotic War was opened in the eve of 65 years anniversary of the Victory Day. For attention of visitors an exposition narrating about the participators of Brest fortress defense,  battle for Moscow, battle of Stalingrad, Siege of Leningrad was shown. As well as expositions devoted to history of military hospital,  a military  and infantry school, Heroes of the Soviet Union, a holder of an order Glory, a pilot-navigator – “National hero” Khiuaz Dospanova. The pictures of wartime, communications tools, letters, documents, personal things belonging to war workers were presented in the window display. 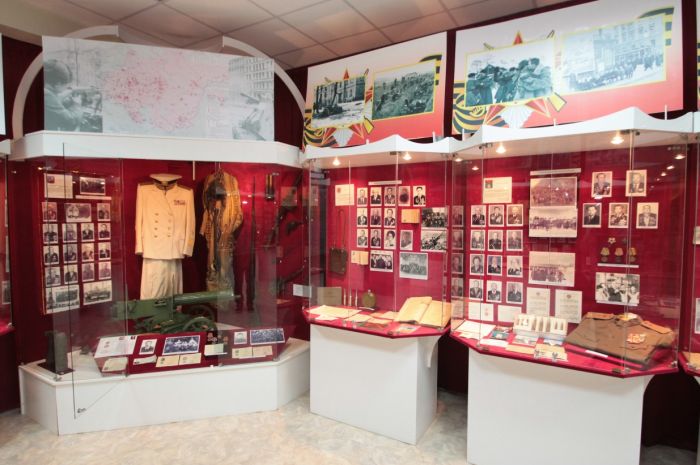 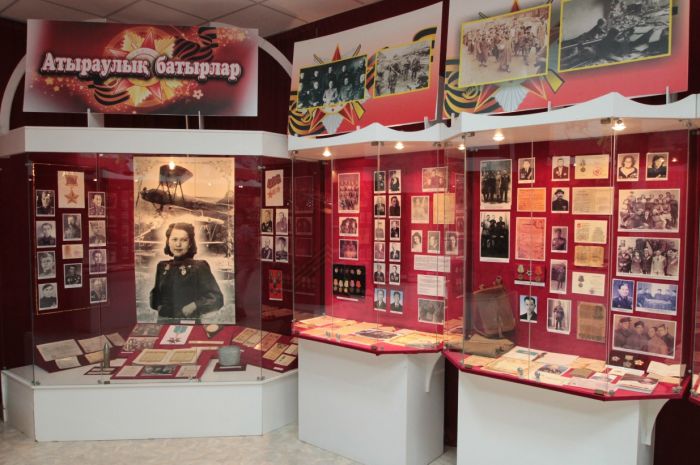