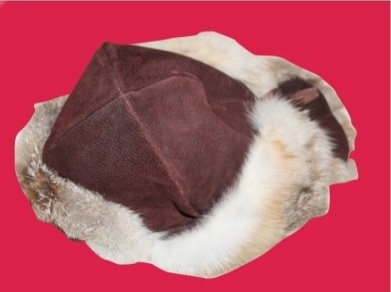 Fox fur cap – winter headdress. The exterior is made of soft brown leather. The two ears, the forehead, and the back parts are framed with fox skin. The fox fur cap of the famous actor N. Zhanturin was handed over by his wife M. Iovlev to the museum's fund in 1991. 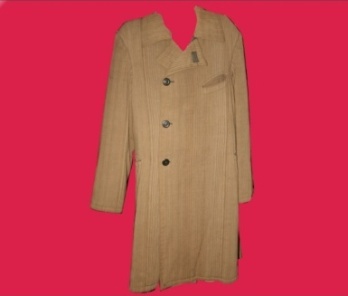 Men's winter headdress is knitted with camel hair. V. Ussenova handed over to the museum in 1970. 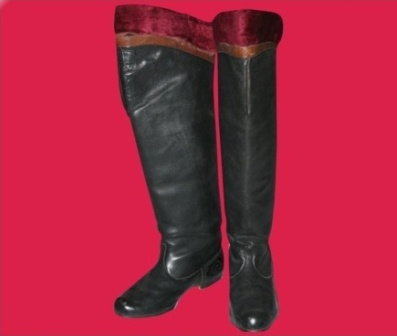 Felty boots are mounted-from hand tanning, from felt, with low heels, long to cover the knee. A resident of the city of Atyrau Y. Abylkhalykuly handed over to the museum in 2001. 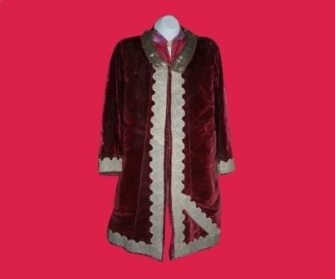 Made of Burgundy velvet with long sleeves. Resident of Karabau village, Kyzylkoga district, Atyrau region, G. Shalikov handed over to the museum. 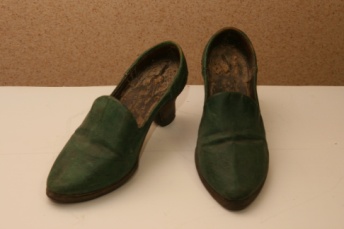 Kebis-women's shoes, made of leather. 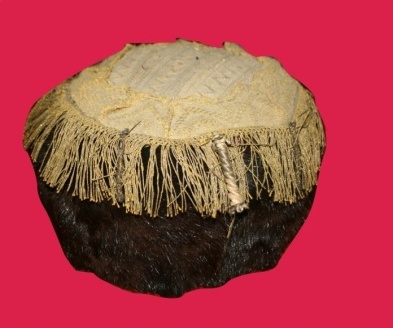 Otter furred headdress is a garment that is rounded, covered with a bluish fringe on the top and edge. 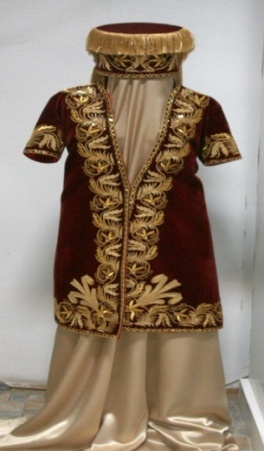 From dark red velvet embroidered with gold thread. A member of Kazakhstan artists union, crafter, fashion designer A. Abdubaytova handed over to the museum's Fund in 2003. 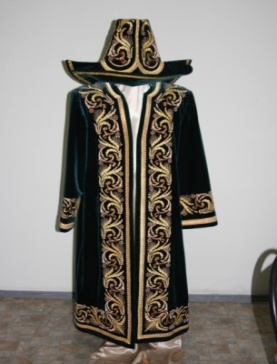 The edges of the shapan, edges of two sleeves, parts under bosom are fully covered with herbal ornaments and striped orphrey. Master craftsman, artist-fashion designer A. Abdubaytova handed over to the museum's fund in 2003. 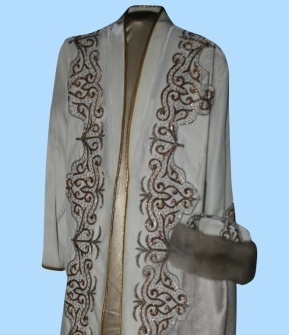 Shapan and headdress of the President of Kazakhstan N. Nazarbayev. It was made of white velvet with precious pearl stones embroidered witholden threads. The entire part of the headdress is framed by mink. On the eve of the International museum day, May 18, 2005, " KazTransOil " JSC handed over to the museum fund.