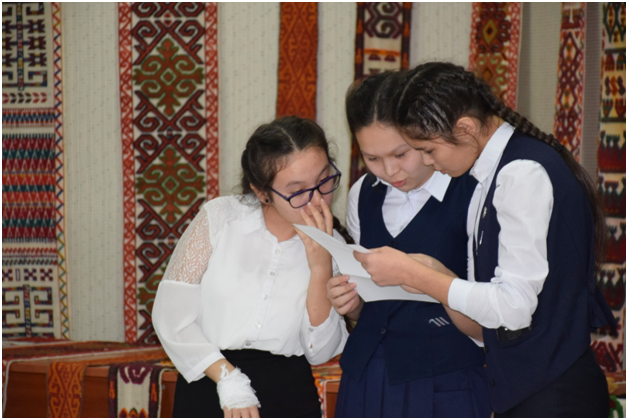 In the Local history museum of Atyrau region in November 30, 2017, an intellectual contest was held within the framework of "One country - one book". The purpose of the competition is to promote Kazakh literature, historical and cultural and spiritual heritage, patriotism, and educate young people to read books, to discover the value of a work of art through conversation, training, outlook, and development of linguistic wealth.

The contest passed in the III rounds. I round - "Baiga". In this stage, a total of 10 questions are asked. Each correct answer was estimated at 10 points. At the II round "Oylan, tap!" participants are given an envelope with tasks where they must find the names of lines of poems or text and in which book it is written.

The participants of the competition who scored the lowest score automatically took the III place after the completion of the ІI-stage. III roundis "Wonderful trio". At the ІІІ-stage, the contestants answered various questions. The group that got the highest score - "Algyrlar" took the first place.

The teams that took part in the competition were awarded with diplomas of I, II, III degrees. 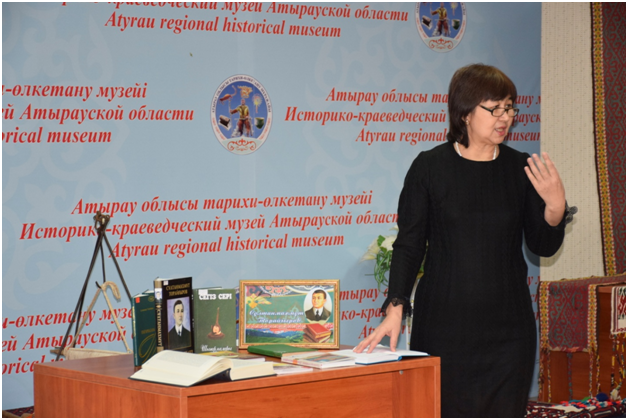 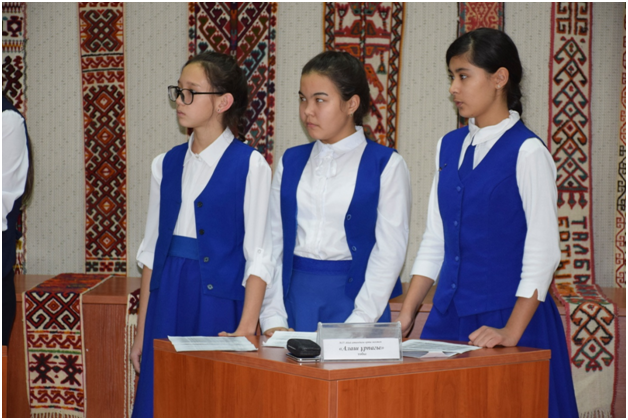 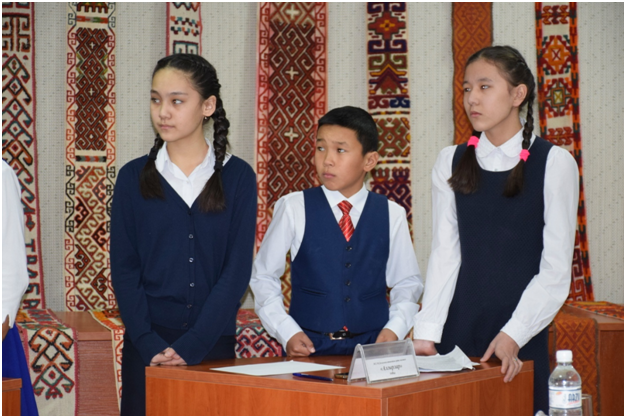 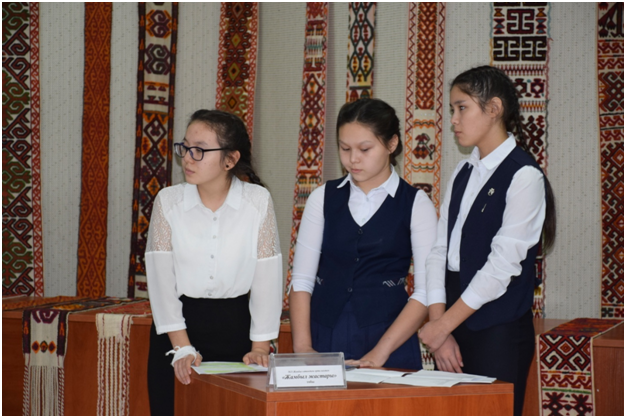 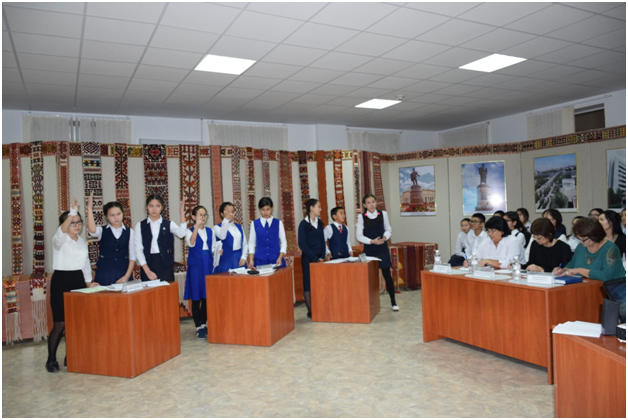 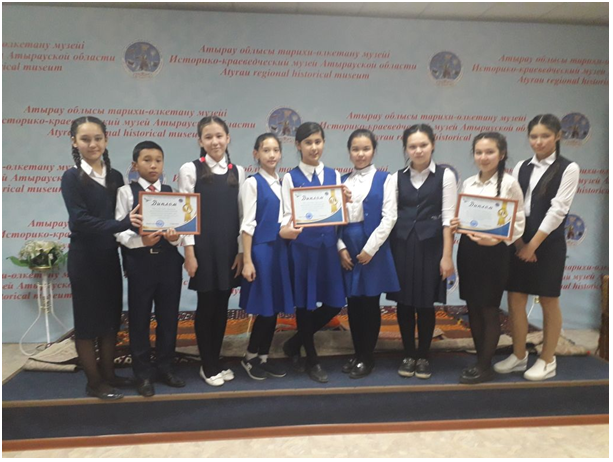