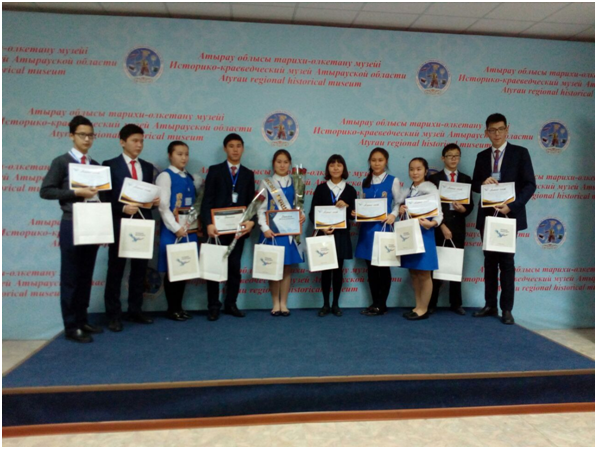 The intellectual competition II "Leader of the XXI century" dedicated to the day of the first president of the Republic of Kazakhstan was held among the schoolchildren in the Local history museum of Atyrau region on November 28, 2017.

The purpose of the competition:To deepen the students' knowledge of where they grew up and were born, and also about the stages of formation and career growth of the President Nursultan Nazarbayev, to expand the knowledge of students, the level of education as well as determine the creative potential and interest of students, to promote a sense of national spirit, a sense of patriotism in the younger generation, gin up to develop the Latin alphabet.

The lyceum “Bilim-innovation”, the National Gymnasium of Atyrau region for gifted children, the Nazarbayev Intellectual School of the chemical and biological direction of the city of Atyrau participated in this contest; students answered questions concerning to the president's very first steps in labor activity and facts about his life and the constructive policy of the head of state.

The competition consisted of IV stages. At the first stage, the participants collected and summed up information about the life and work of the president. It should be noted that students of the National Gymnasium of the Atyrau region for gifted children Zholdas Dinara with the scientific work "Supporter of country -President", Nazarbayev Intellectual School of the chemical-biological direction of the city of Atyrau Konilkosh Beck with the scientific work "Idea of eternal country" and others stood out for the court viewers. At the second stage, participants were asked questions of history, ethnography and local history. According to the results of the II round, 5 participants were open to the semifinal. In the third round, the semi-finalists responded to interactive questions from the president's messages to the people, hidden behind the cells. According to the results of this tour, 3 participants were admitted to the finals: Utegenov Alikhan (Nazarbayev Intellectual School of the Chemical-Biological direction of ​​Atyrau City), Mugau Zhibek, Zholdas Dinara (National Gymnasium of Atyrau Region for gifted children). They competed in writing an essay on the presidency in the Latin alphabet.

As a result, the following school children were awarded: Mugau Zhibek was awarded in the nomination "Zhuirikten zhuirik ozarzharyskanda", Utegenov Alikhan in the nomination "knowledge-power" and Dinara Zholdas in the nomination "Leader of the 21st century". In the end, the methodologist of the regional methodological center N. Zhaykin, pointing out the importance of the intellectual contest and noting the wide cognition for the future generation, presented all the participants with letters of appreciation and gifts. 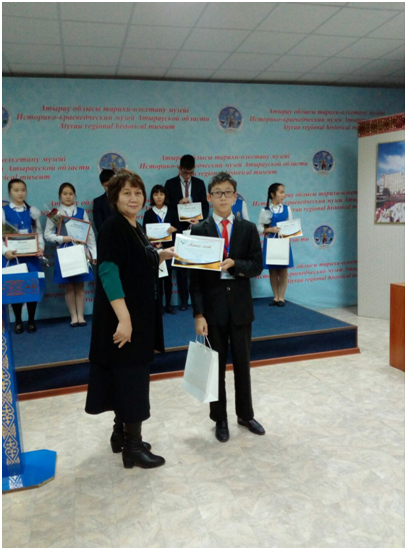 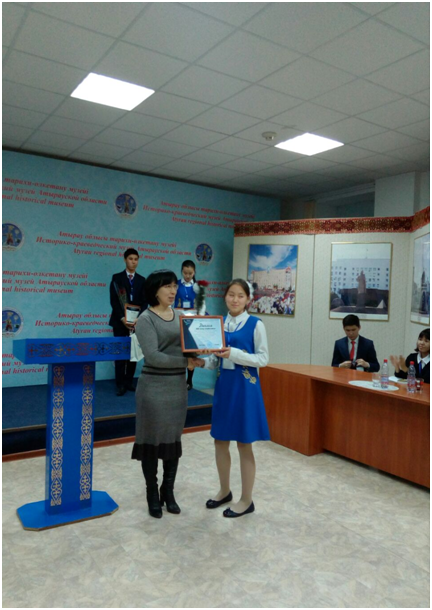