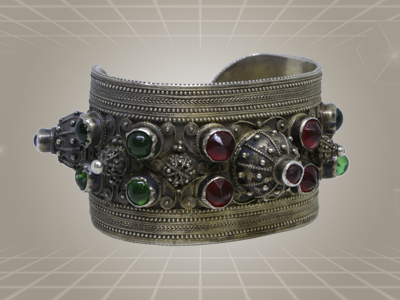 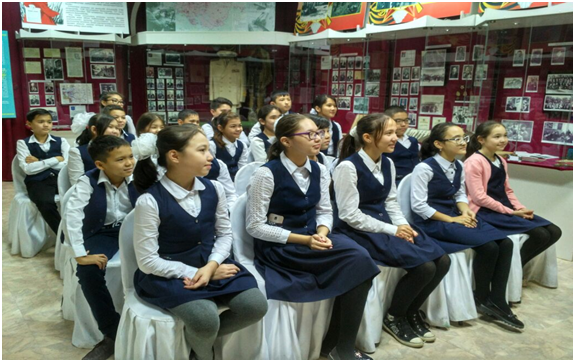 The historical and informative lesson "Navy man" dedicated to the captain I rank of the Naval Forces Kuangali Ikharov was held for Zh. Zhabayev secondary school No. 21 in the Local History Museum of Atyrau region on November 14, 2017 at 11.00 am.

The lesson was presented to the younger generation in order to get acquaintance with the life and heroic deeds of the first captain of the Navy Forces, K.Ikharov for training them in freedom of thought.

Kuangali Ikharov was born in 1923 in the village of Naryn in Atyrau region, Zhanbai, Sartobe. Having lost his parents at the beginning of the seventh grade, after the death of his father, and then his mother Akkenzhe, he was broughtup by his brotherKakim, who had metdifficulties since childhood. In 1938 he entered into the sailors' technical school in Baku.

After graduation in August 1941, he went to the battlefield. During the war he was awarded orders and medals.

In 1946 he graduated the Higher Naval Academy named after Admiral S. Makarov in Leningrad (1946). He graduated the commander’s course at the Military Academy in Vladivostok (1949).

After the war years, he had some difficulties. After the war, USA battleship ofthe famous sixth fleet “Texas” that attacked Shanghai was drowned by a captain of “Schuka” ship in the East China Sea and left its eternal name in the history of the Heavenly Country.

He became an Honorary Citizen of several cities, freed from the hands of the enemy. Kuangali Ikharov died in 2003.

Representatives of the younger generation during the lesson were provided with information about K.Ikharov in the exposition of the museum. 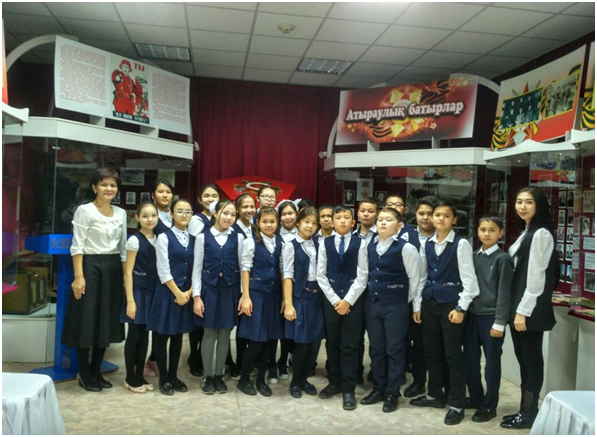 We would like to inform you that due to the emergency situation in the country, the museum will temporarily be unable to receive visitors